Rare Disease Day (28 February) aims to raise awareness among the general public and decision-makers about rare diseases and their impact on people’s lives. Here at Hannah’s House, we are honoured to support children and families affected by rare disease and to be part of their journey navigating the complexities and challenges they face.

One of these children is three-year-old Liam. He’s recently been diagnosed with Worster-Drought Syndrome, a condition so rare that no major studies have been done into it’s prevalence. Within the UK, it’s been estimated to be about 3 in 100,000 live births.

To give greater perspective into the lives of children like Liam, we asked his dad Steven a few questions:

Can you tell us a bit about Liam’s diagnosis?

Liam has recently been diagnosed with Worster-Drought Syndrome, which is a rare form of Cerebral Palsy that only affects speech and swallow. He was born at 37 weeks and spent 10 days in NICU at Perth Children’s Hospital (PCH) with breathing difficulties (on a ventilator) and delayed passage of meconium.

After he was cleared for Cystic Fibrosis and Hirschsprung’s disease he was released from NICU. But by 10 weeks he was repeatedly hospitalised with laboured breathing and eventually diagnosed with Tracheobronchomalalcia. Liam always had problems with his swallowing, from reflux, to choking, to episodes of cyanosis (blue skin and lips) due to aspiration.

By the time he was two he was malnourished, chronically dehydrated, and suffered chronic bronchitis due to aspiration. It was then that the decision was made to take Liam off all oral foods and drink and put in a nasogastric (NG) tube. The tube helped Liam put on 3 kilos and go from the 20th percentile to the 80th percentile in just a few months. He was much happier, less lethargic, and started to learn things like colours and numbers. and he no longer suffered as much from repeated chest infections. Unfortunately he did have problems tolerating his feeds which resulted in many weeks spent in hospital, and the NG tube caused much medical trauma and PTSD. 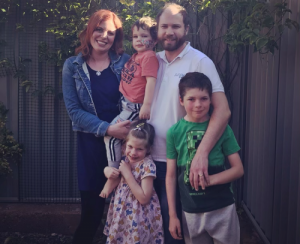 In July 2021, Liam underwent surgery for a PEG feeding tube which was rough in the beginning with some surgical complications, but in the long run has made all of our lives so much easier.

Why you were referred to Hannah’s House?

While Liam was in hospital for a few weeks with feeding difficulties, his Mum, Rachael, had a stroke by his bedside at PCH, and was admitted to Sir Charles Gairdner Hospital. This meant that I was in a very difficult position looking after my son in one hospital, wife in another, and two other children (one with Autism Spectrum Disorder) at home. We were referred to Hannah’s House to receive support when Liam came home during a difficult family situation. While Rachael is home now, she is still recovering and rehabilitating from her stroke and unable to function at the level she did before. Hannah’s house have been amazing with supporting our family during a very difficult time.

What were wants/expectations from your relationship with Hannah’s House?

We wanted support workers who were able to fit in with our family and care for Liam with confidence. This has been more than delivered, and we have been very impressed with the quality of our support workers, who have been wonderful with all members of our family. 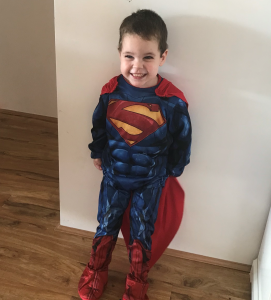 How did having in-home support help Liam and your family?

In-home support has been fantastic as Liam is unable to go to daycare due to his feeding and vulnerability to illness (respiratory issues). Liam has gone from being terrified of strangers and people coming into the house (as he thought they were coming to change his NG tube) to running to the door in excitement when the doorbell rings.  His support workers have really helped his confidence around people and build up his trust in adults. Hannah’s House have been a huge help to our family as it has allowed me to work and Rachael to rest and recover.

Do you think it’s an important service for families of children with complex needs?

Yes, this is a fantastic service for families with a child with complex needs. We are incredibly grateful to have received support from Hannah’s house and would highly recommend.